Today I finally got around to finishing cleaning out the office in our new home, putting up book shelves and making a new space for writing, learning, and reflecting. Amidst a pile of stuff stacked in the corner were some boxes with the words “Dave’s Dharma books” scribbled on the outside of the dusty cardboard with a faded black Sharpy. It felt like Christmas morning, being able to tear open boxes of the treasures I have been collecting for so many years now. Although somewhat familiar with these books, something new began to emerge in my mind, a sense of excitement, creativity, and a renewed sense of learning and exploring how the Dharma and I have been in a long-standing conversation about what it means to be alive. At times, it has felt more like an argument or disagreement, fueled by confusion and suspicion. But in recent years, finding myself “independent of others” in the teachings, I am engaged in, what feels like an ongoing conversation with “what has been said and done long ago”. The Dharma. The timeless, subtle, difficult to awaken to, engaging and inviting, no obligation, come and see for yourself, Dharma. I feel a tremendous sense of ease and curiosity as I write.

Perhaps this experience is not as nostalgic and romantic as I would like it to be. There are multiple historical conditions arising. It happens to be September 1, the beginning of autumn, my favorite and most iconic part of the year. New beginnings, a feeling of “back to school” a clean brisk air flowing thru the window, waking up to a cool dryness. Also, a sense of death, of ending, as the peaches reach their full harvest and the agriculture of the land here in western Colorado begins to slip into its decline for the winter that lies ahead.

But I don’t want to go there, yet. The aliveness of the autumn is much too rich and inviting, that to play the tape all the way through, would be a destructive enterprise. One of which I am working to let go of, in my life and my practice. The birth of my first child lies in the next coming weeks and my intentional shift is to see this as a rebirth, rather than a type of death. A radical shift in perspective for me, a re-polarization. Much of my early life was fueled by death and loss, and now as I grow in age, life, birth, cultivation, a return to family, and a “newness” fills more moments than not. I am very happy about this.

So, one of the first books that comes out of the box, Early Buddhism: A New Approach by Sue Hamilton falls onto the brand-new carpeted floor. I remember the first time I saw this book, it was lying on a bed inside of a rustic cabin at the Deer Park Monastery in San Diego. I was attending my first Gen-X Buddhist teachers conference and was on fire for the Dharma. The book belonged to a man named Michael Stone. Whom we lost just over a year ago, to an early and tragic death. He was my roommate. I told him my name and began asking about the book. Michael had an unforgettable affect, smile and enthusiasm and he and I hit it off immediately. He asked me “are you interested in early Buddhism from an academic point of view”. I said, “I think so”?  I had been reading and listening to Stephen Batchelor at the time and was drawn to what he had to say. That night, Michael and I stayed up for hours talking about the practice, our lives, the Dharma, it was one of the best times I have ever had talking about Dharma with anyone, ever. He turned me onto to a world of academic Dharma that I had barely known of. I consider him one of my many “lucky” Dharma doors. For the last several years I have been following a trail of bread crumbs that has lead me to an accurate depiction of Mr. Gotama, his time, his place, and what it was that this brilliant man came to learn about the human experience.

The truth is, the more I study and practice the Dharma, the less and less interested I become in Buddhism. I no longer feel like I can authentically call myself a Buddhist. Nor have I ever felt comfortable with the term in general. It seems that all “isms” carry with them a certain degree of contempt. The experience of asserting superiority. The feeling of being better or above another. As in, “my ism is better than your ism.” I find myself unwilling to invest in this long-standing destructive paradigm that humans seem unable or unwilling to move beyond.

I long for a Dharma that goes beyond the limitations and problems of organizations and institutions. Beyond traditions that are unwilling to have an ongoing conversation with their behaviors and their pasts. Beyond projecting qualities and attributes onto teachers and leaders that they simply do not embody. Beyond spiritual bypass that attempts to avoid the realities of our human limitations. Beyond the doubt and shame that holds us back from discovering our potential for genuine happiness, that is independent of any external conditions. I have heard before, and I choose to believe that Mr. Gotamas’ dying wishes and encouragement was to “be an island onto yourself, seek no external refuge”.

Where did this all go wrong?

I look forward with optimism and curiosity for a Dharma that moves beyond. A Dharma, after buddhism.

I will leave you with some words by the Dalai Lama:

The Dalai Lama has said that compassion and affection are human values independent of religion: All the world’s major religions, with their emphasis on love, compassion, patience, tolerance and forgiveness, can and do promote inner values. But the reality of the world today is that grounding ethics in religion is no longer adequate. This is why I believe the time has come to find a way of thinking about spirituality and ethics that is beyond religion. 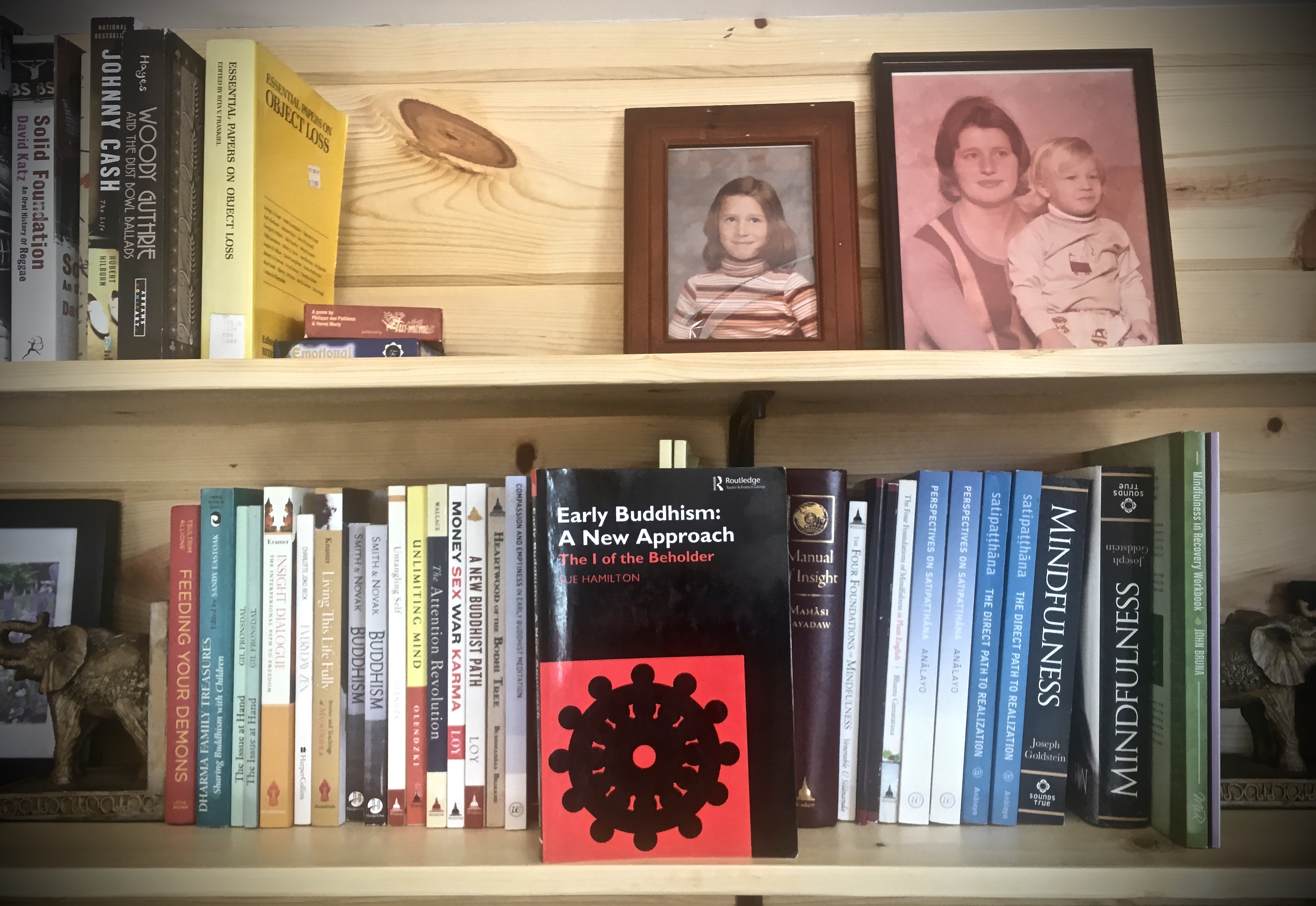 Get Updates from Dave Smith Dharma